NEED HELP DECIDING ON BODY ARMOR? Before choosing body armor, it is important to consider what rounds you are considering to protect yourself against, a great starter guide that will help is lookin at our How To Choose The Right Body Armor guide.

Special Threat plates are designed as an alternative plate set for those not concerned with full powered rifle threats which makes these plates neither an NIJ Level III or Level IV (NIJ 0101.06).  These plates are designed outside of the traditional ratings offering up some added protection not included in some of the ratings while dropping others that are.

What makes these plates unique is their combination of stopping power, weight and thickness which make it a popular plate to consider when choosing your body armor.

Level III on the NIJ’s level system is where we enter the world of rifle plates, sometimes referred to as hard inserts. Level III plates are designed to stop six spaced hits of 7.62X51MM NATO (Full Metal Jacket) traveling at 2,750 feet per second. This is roughly equivalent to the common .308 Winchester hunting round. With all NIJ armor ratings, it is important to know and understand that a plate rated to stop a particular threat may not stop a bullet that is smaller caliber. In fact, there are situations where a bullet traveling slower might penetrate some armor types while the same bullet at a higher speed may not. Issues like this are what can make selecting armor more difficult but buying a product without fully understanding its true capabilities is even worse.

While the 7.62x51MM NATO used in testing level III armor might generally be thought of as “bigger” than the 5.56MM round fired by AR-15’s and other rifles, there are varieties in the 5.56MM caliber which pose problems for some armor materials. For instance, the M855 “Green Tip” can penetrate pure polyethylene plates while the M193 variety can penetrate steel such as AR500. Bullet velocity plays a role in penetration but these are well known vulnerabilities. As a result, some manufacturers use a III+ designation to rate their plates.

The NIJ does not recognize the III+ but most manufacturers use it to indicate protection from NIJ threat level III plus M855 and M193 threats. Although a III+ plate covers the majority of threats at a moderate weight and cost, making it a very attractive selection, you should beware the rating because some less scrupulous companies will use the “+” designation in an attempt to increase the perceived protection level of a plate. Verify what threats a III+ plate is actually rated to stop with the manufacturer before purchasing.

Level IV is the highest rifle plate rating under the NIJ personal body armor specs at this time. A level IV must stop a single hit of 7.62MM AP “Black Tip”, which is effectively a .30-06 Armor Piercing bullet. Note the difference in shot count between a level III (6 shots) and level IV (1 shot) certification. Depending on the situation, level IV is therefore not automatically better than level III, despite the higher numerical ranking.

GET THE LATEST IN GEAR NEWS 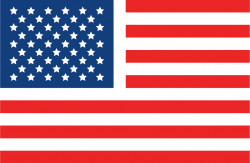